Balneotherapy is the treatment of disease by bathing in thermal mineral waters. Balneotherapy has been widely used for centuries, particularly for the treatment of chronic skin and musculoskeletal conditions. It experienced a decline in popularity in the last century due to the emergence of new pharmacological agents but is now regaining interest as an alternative or complementary treatment option with minimal side effects.

It can be combined with other treatments such as physical therapy or exercise, and mud packs. When combined with exposure to ultraviolet (UV) radiation (phototherapy), the treatment is known as balneophototherapy. 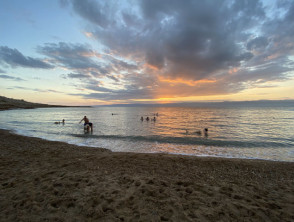 Swimming in the Dead Sea 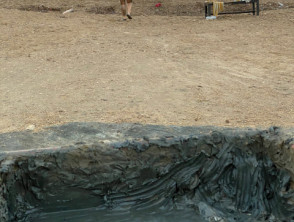 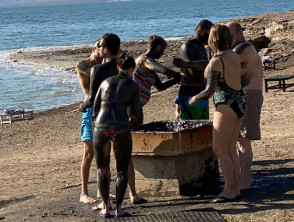 Balneotherapy is used for the treatment of chronic inflammatory conditions particularly skin conditions such as psoriasis and atopic dermatitis, and rheumatological conditions.

How is balneotherapy done?

Traditional balneotherapy involves bathing in waters of naturally-occurring mineral springs; well known sites include the Dead Sea in Israel and Jordan, the Kangal Hot Springs in Turkey, and the Blue Lagoon in Iceland. Balneotherapy is also offered by spas or treatment centres using naturally-sourced mineral water or synthetic salt solutions. A simple form of balneotherapy can be done at home by dissolving minerals or salts in baths, such as sea salts and Epsom salts (magnesium sulfate). 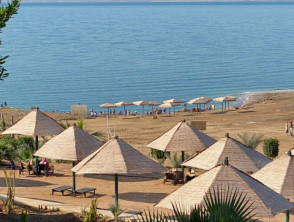 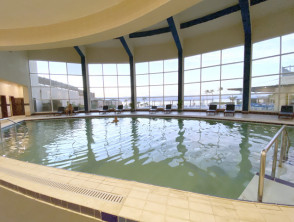 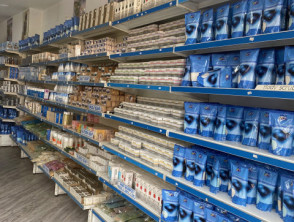 How is balneotherapy carried out?

The practice of balneotherapy is centre-specific with no standardised treatment regimen. The waters used for balneotherapy vary in temperature (typically 30–40C) and mineral and chemical composition (bicarbonate, sulfate, sulphide, chloride, magnesium, and other metals and minerals). There is no standard duration or frequency of immersion, and variable treatment cycles of days, weeks or months.

When is balneotherapy effective as a treatment?

The heterogeneity of treatment regimens (different water composition, temperature, environment, and duration of therapy), small study sample sizes, and lack of blinded randomised controlled trials (and therefore bias and possible placebo effect) make it difficult to determine the true efficacy and benefit of balneotherapy. A well-studied but extreme example is the hypersaline Dead Sea 400 m below sea level. At this site there is less ultraviolet radiation, of which a greater proportion is UVA, than seen at sea level. This may enhance the value of exposure to natural sunlight while reducing the risk of sunburn.

Balneotherapy use in dermatology has been mainly for chronic plaque psoriasis. A beneficial effect is also seen on associated chronic psoriatic arthritis. Atopic dermatitis can be treated successfully with balneotherapy, especially given its relative safety in children. Natural sunlight balneophototherapy is commonly used to treat vitiligo at the Dead Sea.

Many other dermatologic conditions have been treated with only small numbers reported including:

How does balneotherapy work?

The underlying therapeutic mechanism of balneotherapy is not fully understood and is difficult to determine given the variability in treatments. Many studies have been on in vitro cell culture systems, which do not necessarily represent the full organism.

Thermal effects that may be therapeutic include:

The effects of the mineral salts vary with the actual chemical although it is likely the effects are restricted to the skin surface as percutaneous absorption is probably minimal. Examples include:

What are the contraindications to balneotherapy?

Balneotherapy is contraindicated in the following dermatological conditions:

Balneophototherapy should not be used for patients with systemic lupus erythematosus (SLE) or other photoaggravated dermatoses, skin malignancies, or immunodeficiency syndromes.

Other general contraindications to balneotherapy include:

What are the benefits of balneotherapy?

Balneotherapy can be used in conjunction with conventional medical treatment and other therapies, such as physical therapy or phototherapy. Psychological and physical benefits include relaxation, stress management, and improvements in sleep and mood.

What are the disadvantages of balneotherapy?

What are the side effects and risks of balneotherapy?

Balneotherapy is generally safe with minimal side-effects. Side effects can include: