What is adjuvant therapy?

Adjuvant immunotherapy aims to eliminate residual microscopic melanoma cells via the immune system, to reduce the risk of future cancer recurrence, and to improve the overall chance of cure [1]. 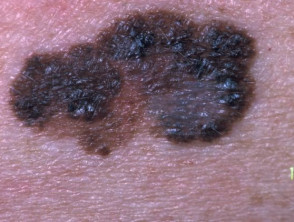 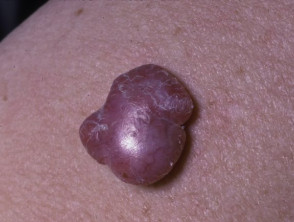 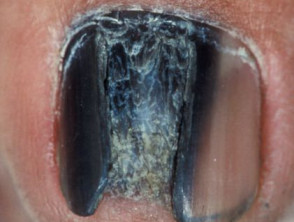 Indications for consideration of adjuvant therapies for cutaneous melanoma include [1–3]:

What are adjuvant therapies for melanoma?

Immunotherapy and targeted cancer therapy against driver mutations have proven a benefit in stage IV metastatic melanoma (when distant metastases have been detected). Adjuvant therapy is also reported to reduce the relative risk of recurrence by 40% in stage III metastatic melanoma with a 15–25% absolute reduction in local and distant recurrence risk. Overall survival data are not yet reported for immunotherapy, but significant overall survival benefits are seen with adjuvant-combined dabrafenib and trametinib in BRAF–mutant stage III metastatic melanoma.

The results of adjuvant treatment have been published using immunotherapy, targeted therapy, or radiotherapy that has been given for up to a total of 12 months.

There are two classes of immune checkpoint inhibitors, as of 2019.

Immunotherapies are given by intravenous infusion every three weeks [4].

BRAF inhibitors are administered orally twice daily; a MEK inhibitor is usually taken orally once daily [8]. A BRAF and MEK inhibitor are usually used together in combination therapy to limit early tumour resistance to single-agent therapy [7].

Stereotactic external beam radiotherapy can be considered after therapeutic lymphadenectomy to reduce the rate of nodal recurrence, particularly when there is an extranodal extension of metastatic melanoma [8,9].

What are the contraindications with adjuvant therapies?

The relative contraindications for the use of immunotherapy include:

What is neoadjuvant therapy?

What are the benefits of adjuvant therapy for stage III metastatic melanoma?

Early results of clinical research programmes are demonstrating consistent, clinically meaningful benefits from targeted therapies and immunotherapies in stage III metastatic melanoma when the melanoma has been completely resected.

Studies into BRAF inhibitors and BRAF/MEK dual inhibition for patients with stage III metastatic melanoma were conducted prior to the immunotherapy studies. Key results are listed below. A consistent improvement in the overall survival (OS) of patients was demonstrated with the use of single agent MEK/BRAF inhibition compared to placebo. This benefit was increased with dual inhibition [7,16]. Due to the adverse effects of targeted therapy, one of the components may need to be stopped [17].

Local control of melanoma may be enhanced by adjuvant radiotherapy if the risk of local recurrence remains unacceptably high after surgical excision such as with:

Although randomised controlled trials have not evaluated the benefit of adjuvant radiotherapy, several large observational cohorts have reported positive results with 50–85% improvement in risk of local recurrence. Possible evidence was also observed for decreased nodal recurrence [22–24].

The local inflammatory effects resulting from radiation therapy may provide a synergistic boost to the efficacy of immunotherapy [25,26]. Further research is underway to evaluate its benefits [27,28].

What are the disadvantages of adjuvant therapies?

The comparative benefits of immunotherapy to traditional chemotherapy have been game-changing for the treatment of metastatic melanoma in some patients. However, in many patients, melanoma does not respond to immunotherapy or only partially responds. In addition, targeted therapies are only indicated for those whose melanoma carries the BRAF V600 driver mutation (approximately 40–50% of cutaneous melanoma) [29].

There are questions still to be answered about adjuvant therapy for melanoma.

What are the side effects and risks of adjuvant therapies?

Adjuvant treatments are generally well tolerated with comparative greater short-term toxicity with BRAF/MEK combined inhibition compared to immunotherapy; however, there is a risk of permanent toxicity with adjuvant immunotherapy.

Side effects of immunotherapy

Immunotherapy can result in side effects due to immune activation [13,30]. The rates described below are for PD1 inhibitors (nivolumab and pembrolizumab); immune-related adverse events are typically more frequent with CTLA-4 inhibition (ipilimumab).

Side effects of targeted therapies

Side effects of radiotherapy

Acute side effects of radiotherapy may include [31,32]:

Late side effects of radiotherapy may include: