What is the immune system?

The immune system is made up of the cells, molecules, and structures that defend the body from skin infections and monitor for tissue damage [1].

Immune responses can be divided into innate immunity and adaptive immunity.

Innate immunity describes generalised measures to ward off infection. These include:

Adaptive immunity describes slower immune responses, including the production of immune cells that produce specific antibodies to target and remove a particular microorganism [1].

Adaptive immunity results in the production of memory T lymphocytes (cells that have previously encountered an antigen and have "experience" fighting infections) and B lymphocytes (which produce antibodies) that are able to specifically target a particular infection. These lymphocytes continue to circulate and quickly recognise and remove the particular virus or bacteria when they are next encountered [3].

Examples of autoimmune diseases include: 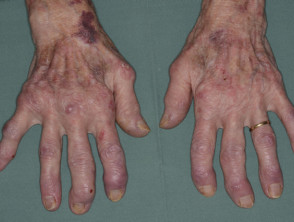 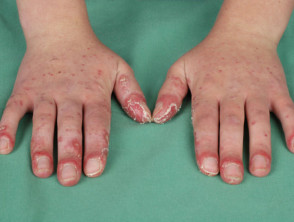 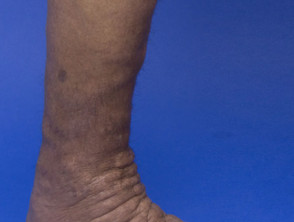 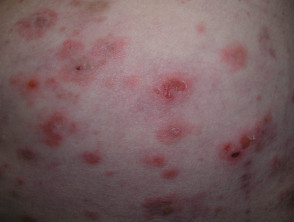 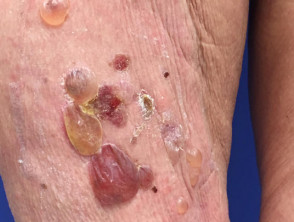 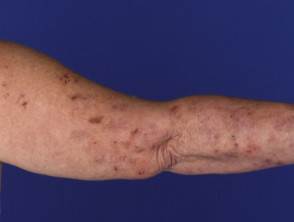 Autoimmunity and deregulation of the immune system also contribute to many skin diseases, such as: 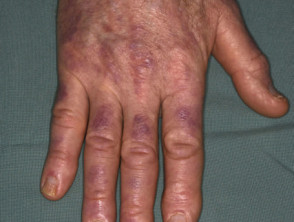 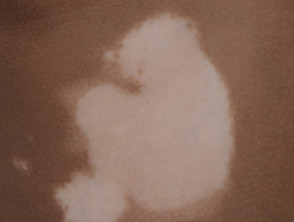 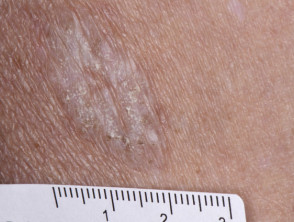 Who gets autoimmune diseases?

Autoimmune diseases affect around 5% of the population [3].

Autoimmune disease occurs when the responses that normally prevent autoimmunity fail [5]. There are several protective mechanisms.

Well-designed trials have concluded that there is no evidence that vaccines cause autoimmune disease [5].

The autoimmune cause of this class of blistering skin conditions is confirmed by positive direct immunofluorescence microscopy revealing the deposition of antibodies in the skin.

Pemphigus is a group of rare blistering disorders caused by circulating autoantibodies that bind to adhesion molecules in the skin, which disrupts keratinocytes from sticking together, causing intraepidermal blisters [9]. The main types of pemphigus are pemphigus vulgaris, pemphigus foliaceus, and paraneoplastic pemphigus [9].

The pemphigoid group of diseases includes bullous pemphigoid, mucous membrane pemphigoid, and pemphigoid gestationis. Pemphigoid blisters are subepidermal and are caused by autoantibodies that bind in the area of the dermal-epidermal junction [9].

Dermatitis herpetiformis is an itchy blistering skin disease that typically affects the elbows, knees, and buttocks. It is associated with coeliac disease and the symptoms heal with a gluten-free diet [14]. It is characterised by blisters with a subepidermal deposition of immunoglobulin A (IgA) and a neutrophilic infiltrate. In dermatitis herpetiformis, the antibodies in the autoimmune response target the coagulation enzyme epidermal transglutaminase [15].

Linear IgA bullous dermatosis is a very rare autoimmune blistering disorder that can be acquired or drug-induced (eg, by vancomycin). The blisters are sometimes arranged in rings (known as the ‘pearl necklace’ sign) [9]. There is a subepidermal deposition of IgA antibodies which target a portion of the BP180 antigen, type VII collagen, or other basement membrane proteins.

How are autoimmune diseases in dermatology diagnosed?

A biopsy is usually needed for a definitive diagnosis of autoimmune skin disease, although a characteristic appearance may be suggestive of a particular condition [9].

Blood tests may include:

Swabs may be taken of a ruptured blister to look for signs of a bacterial infection or herpes virus infection.

What is the differential diagnosis for autoimmune blistering skin diseases?

Blistering skin rashes associated with systemic illness may present with fever and ‘flu-like' symptoms [14]. These disorders can include:

Other generalised blistering disorders that present with autoimmune skin disease symptoms include:

The blistering of mucous membranes is also a common symptom in these conditions:

What is the treatment for autoimmune skin diseases?

The treatment of autoimmune skin diseases depends on the specific condition.

Pemphigus and pemphigoid are mainly treated with systemic corticosteroids and immunosuppressive treatments [16].

Dermatitis herpetiformis is treated with dapsone and a gluten-free diet [15].